The Fourth Reich’s parapolitical war on the 5th dimension.

The Nuremberg Code
History on Repeat

The judgment by the war crimes tribunal at Nuremberg laid down 10 standards to which physicians must conform when carrying out experiments on human subjects in a new code that is now accepted worldwide.

This code also recognizes that the risk must be weighed against the expected benefit, and that unnecessary pain and suffering must be avoided.

This code recognizes that doctors should avoid actions that injure human patients.

The principles established by this code for medical practice now have been extended into general codes of medical ethics.

Permissible Medical Experiments
The great weight of the evidence before us to effect that certain types of medical experiments on human beings, when kept within reasonably well-defined bounds, conform to the ethics of the medical profession generally. The protagonists of the practice of human experimentation justify their views on the basis that such experiments yield results for the good of society that are unprocurable by other methods or means of study. All agree, however, that certain basic principles must be observed in order to satisfy moral, ethical and legal concepts: 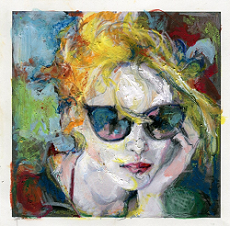